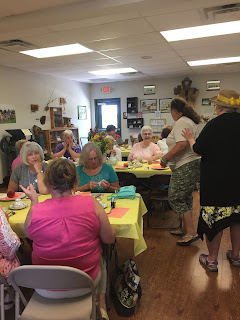 Susanna and I headed south to the Gettysburg area recently to attend a Royal Tea Club event. It was a combination afternoon tea and craft scheduled at Hollabaugh Bros. Fruit Farm and Market in Biglersville, PA. The event was held in their all-purpose room where colorful yellow tablecloths and beautiful bouquets of fresh field flowers set the scene for a bright and cheerful gathering. 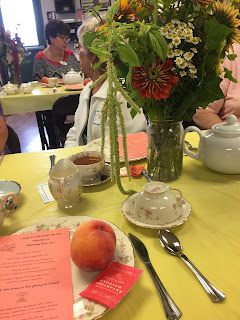 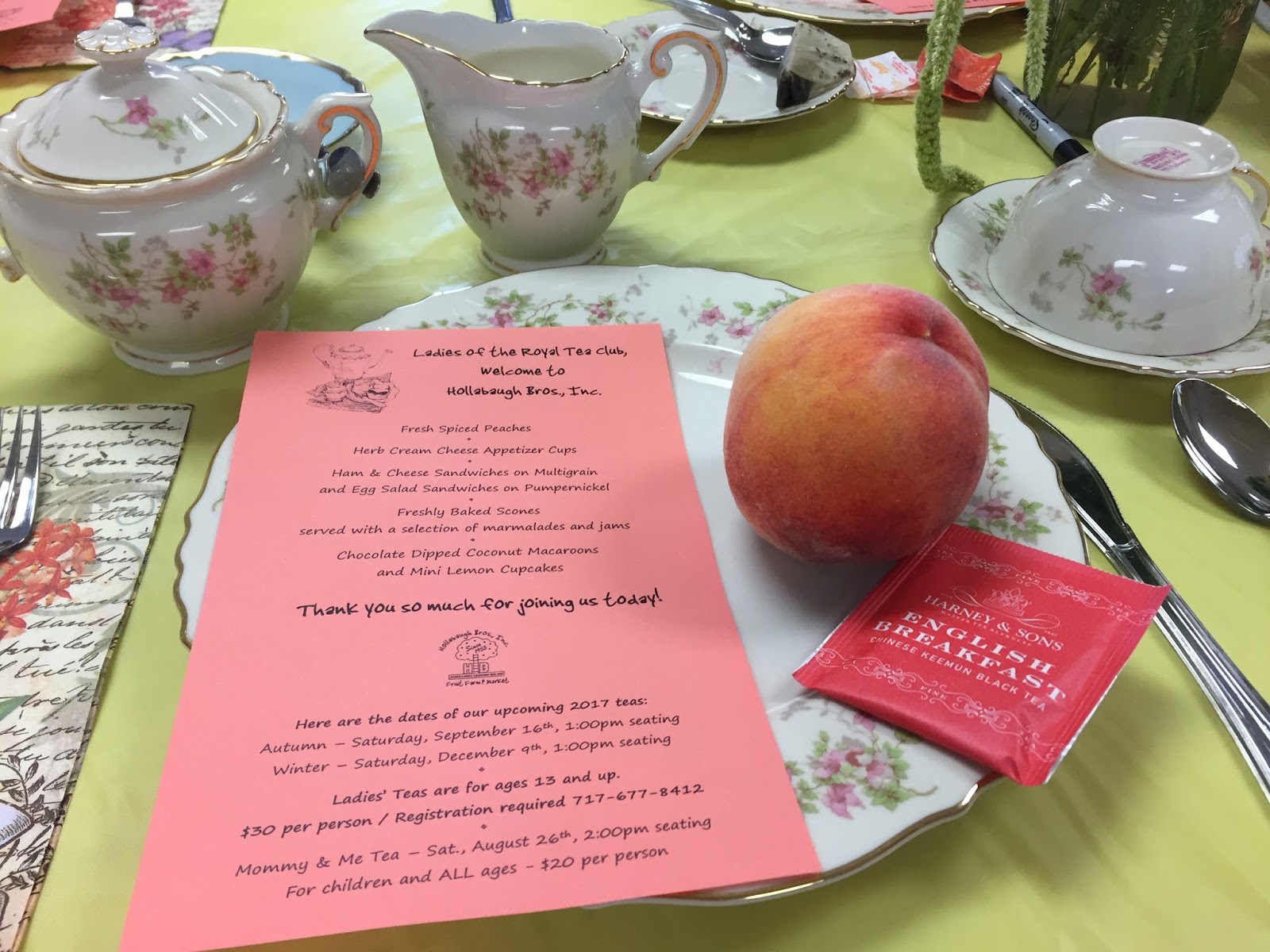 A fresh peach harvested from the surrounding fields graced our plate. Pots of hot water were on the table and a variety of Harney & Sons tea bags were offered . 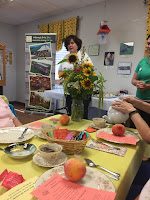 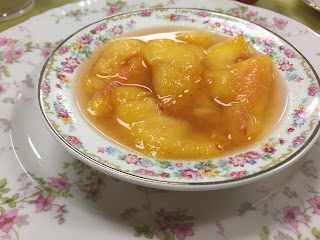 The pretty pink menus listed the several courses we would enjoy. A bowl of Fresh Spiced Peaches was the first course. Perfect for an August afternoon tea! 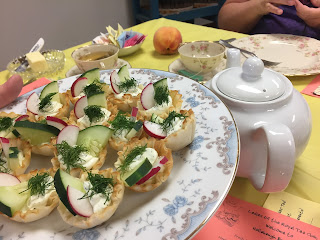 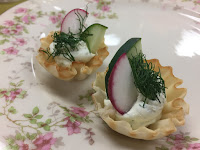 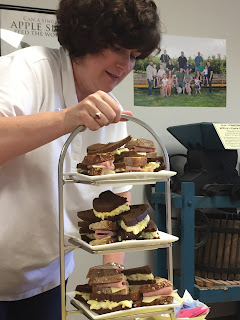 Tiered trays laden with Ham and Cheese Sandwiches on Multigrain bread and Egg Salad Sandwiches on Pumpernickel held the next tasty course. The sandwiches were generous in portion and quantity. 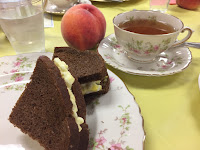 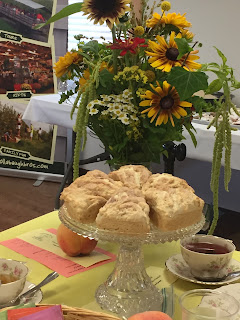 A beautiful pedestal plate held the Freshly Baked Scones. They were served with a selection of marmalades and jams that included Peach Jam, Ginger & Orange Marmalade, or Peach Jalapeno Jam. The scones were large, so a sampling of each jam and marmalade was easily accomplished! 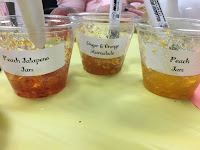 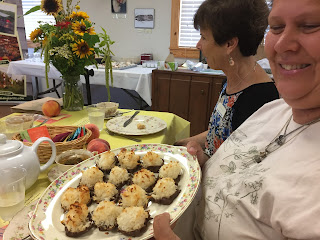 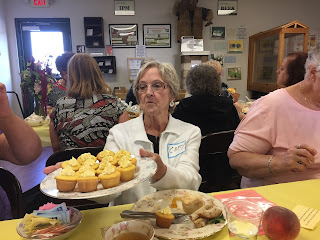 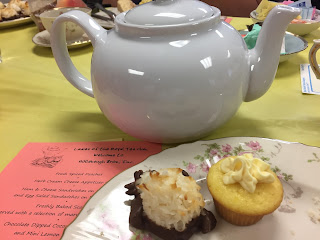