The Wands of Harry Potter

Those powerful magical wands are created with a variety of very strong woods.  Harry Potter's late mum used a wand of Willow, the tree we know as the source of the pain relieving salicylic acid  leading to our modern day aspirin.  Hagrid's wand was made of the mighty oak tree. The wand of  "He who must not be named" (Voldemort) was crafted from Yew. This evergreen was a symbol of death in Renaissance literature and a cancer fighter in the medical world.  Yew was the original source of the now synthesized Taxol.  Hawthorne, Ebony, Beechwood, Mahogany are other woods used to create wands as well as Maple, Walnut, Oak and Linden. 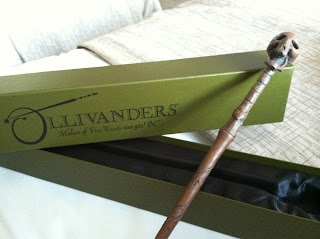 The inner core of the wand could be made of one of the following:  Dragon Heart String, Phoenix Tail Feather or Unicorn Hair. 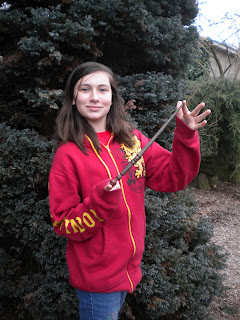 No two wands are the same. And the wand chooses the wizard.
This one chose Angelica. 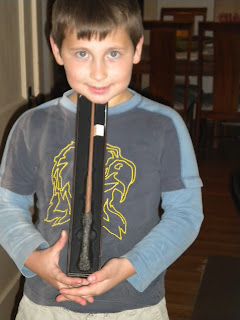 Harry Potter's wand is made of Holly with an inner core of Phoenix Tail Feather.
at 7:00 AM