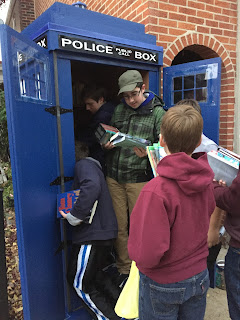 This TARDIS from Doctor Who is filled with books! It is part of the Little Free Library movement. 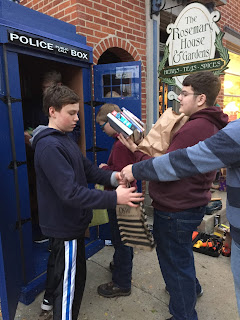 The Little Free Library program originated in 2009 in Hudson, Wisconsin. Created by founder Todd Bol, it was a way to honor his mother, a teacher. He made several more to give away to friends and eventually the idea of little free libraries blossomed into a social enterprise to promote literacy and libraries throughout the world. The original goal was to create 2,510 little free libraries which was the same number of libraries Andrew Carnegie helped to start in the late 1800s/early 1900s. The number of LFL worldwide keeps growing. The charter number of this TARDIS library is 47,290. 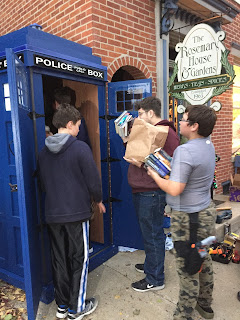 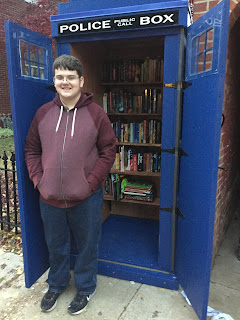 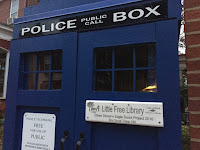 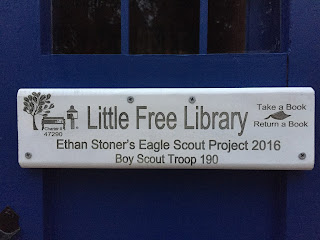 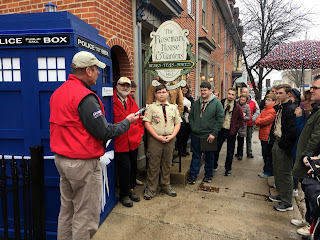 Our grand opening ceremony, officiated by local personality Bob Carey took place January 2nd, when we honored the scouts who helped with the project. The librarian from our fabulous local library attended, and other area LFL owners joined the event. Nancy served hot tea and hot chocolate along with other treats including jammie dodgers, one of the Doctor's favorite jam filled cookie. 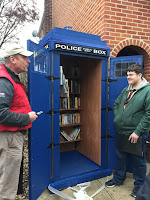 Our local newspaper reported about the TARDIS in this article in The Sentinel. 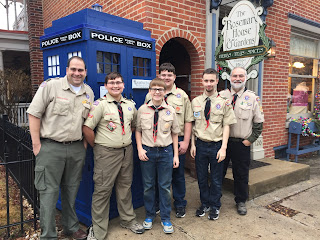 Email ThisBlogThis!Share to TwitterShare to FacebookShare to Pinterest
Labels: Our Town - Mechanicsburg, Whimsy

What an honor! We have thought of putting one in front of our house, but it wouldn't be a Tardis. It would be much smaller.