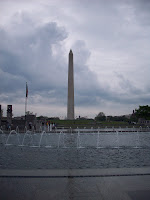 The Students of Mechanicsburg Middle School recently sponsored "Honor Bus" which was a caravan of 4 buses loaded with World War II veterans headed to Washington DC to visit the World War II memorial. This was the first ever "Honor Bus" in the US. The concept was based on "Honor Flight". 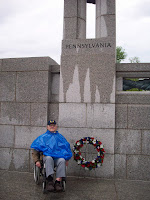 The students raised over $15,000 in cash plus many in kind donations to escort these Vets to the memorial. They fed them breakfast at the school, lunch en route and dinner at the Officer's club at our local Navy Base. Each veteran had a "guardian" to help them on and off the bus, take their photos, and treat them special on this "Day of Gratitude". I was lucky enough to be selected as a guardian for the day and escorted my Marine father Byron Reppert, swabbie Les Reed, and Army man Paul Strock. The middle school students co-ordinated a motorcycle escort made up of Rolling Thunder Motorcycle Club, and other combat Veteran motorcycle clubs. They also had Senator Bob Dole at the WW II memorial to meet, greet and have photos taken with the Vets. The students and their teacher Becky Lacey planned very special wreath laying ceremonies at the WW II memorial and also at the Tomb of the Unknown Soldier in Arlington. 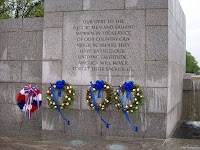 The WW II memorial is on the Mall in Washington, yet it is sunken so that the vista from the Washington Monument and Lincoln Memorial is still in tack and even enhanced when you are in the WW II memorial. The memorial honors each state of the union and each theater of the war Atlantic and Pacific. The quote on this photo is from President Harry S Truman "Our debt to the heroic men and valiant women in the service of our country can never be repaid they have earned our undying gratitude, America will never forget their sacrifices." 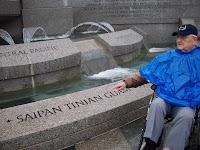 Here is dad, under the Pacific tower pointing to Saipan which is where this 4th Marine Division radio operator was wounded. 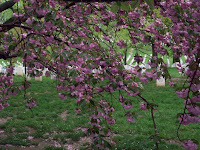 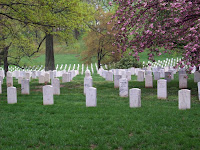 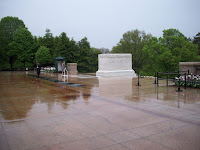 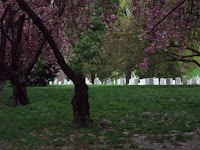 Thanks much to the Mechanicsburg Middle School 8th graders for organizing and executing this great day. Thank You Guys for your service and thanks dad for a very special day together. love, love, love, love. 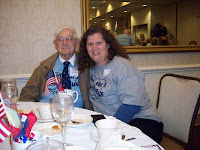 Email ThisBlogThis!Share to TwitterShare to FacebookShare to Pinterest
Labels: Our Town - Mechanicsburg

Beautiful photos, Susanna! What a special event. Thanks for sharing.

We sent our 91 year old friend who was a B-17 pilot on an honor flight from Pittsburgh. It was a long day for him, but I think one he will never forget. I had hoped that my husband could have gone with him, but they had lots of veterans, doctors, nurses and support staff. What a great day for you and Byron.

What a wonderful day! I am so glad it went well!!

wow - what a great immersion into history! I'm sure it was a very special time for all involved.

What a lovely idea and way to honor those veterans. It must have been a beautifully touching day for all involved.