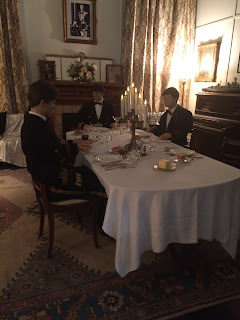 Cedar spotted a sign for a Military Museum and we were able to accommodate. The CFB Esquimalt Naval and Military Museum focused on the contribution and life of the Navy and Army on the West Coast of Canada. While Cedar was off learning about the 100+ history of the Royal Canadian Navy Ships, I focused on the lifestyles of the officers and the Canadian Women's Army Corp. 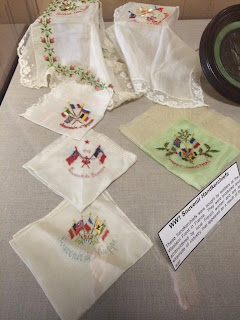 These hankies and postcards (below) were hand needle pointed by the European women in WWI. They were then sold to the soldiers as souvenir's. The stitchers would sell them to make a little extra money. 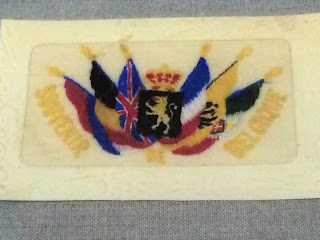 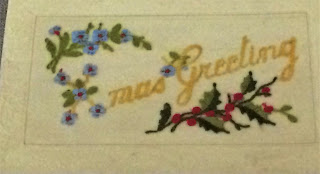