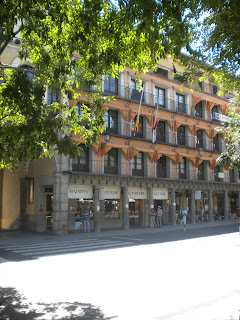 Marzipan is a very typical sweet in Spain, originating in  Toledo, while some claim marzipan originated in China and from there it was passed to the Middle East which introduced it to Spain.  The story in Toledo is attributed to the nuns of the convent of San Clement who following one of the famines that often affected the population, created a dough with the only products that they had in their food stores: almonds and sugar. 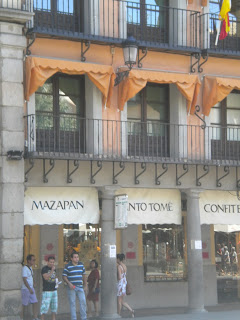 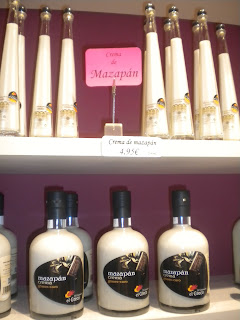 Marzipan is understood to be the paste, cooked or raw, obtained from the mixture of raw peeled almonds and sugar.  But you could also find marzipan crème to use as liquor flavoring. 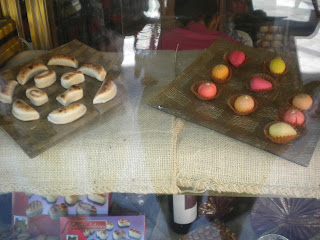 Most traditional are the "Saint's Bones" on the left but other Marzipan candies are made all year round, with more designs at Christmas time.

Email ThisBlogThis!Share to TwitterShare to FacebookShare to Pinterest
Labels: Culinary Delights, Out and About

I LOVE knowing the history of things, so thank you for sharing this! I would love to learn to make cute marzipan culinary accents one day.

Marzipan is intriguing to me and if I were into making fun things for a tea room would explore and learn how to make whimsical things.