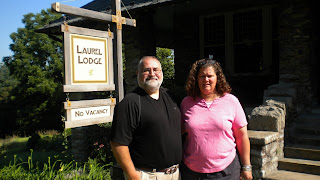 This curious lodge was built as a family bungalow in 1913. It is filled with all sorts of interesting and unique touches. 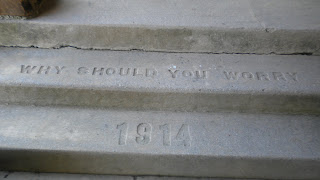 From sayings stamped into the concrete to the beautiful view, it was a lovely place to stay. 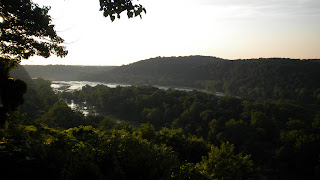 The builder of the lodge 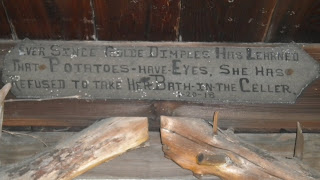 tacked up many sayings in the screened in room. He also scrounged bottles, pot belly stoves, gears and other oddities which he used to make the house. 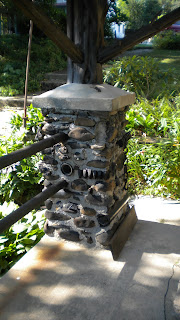 The bottles and other oddments are thought to be left overs from the huge encampment of Civil War soldiers (25,000 soldiers involved at Harpers Ferry!) Below are a large number of bullets which he used in various ways throughout the house. He also used bayonets as well. Many of the bayonets have been pried out of the cement over the years. 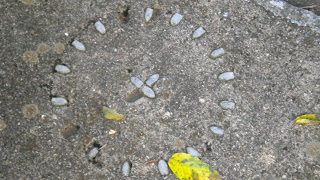 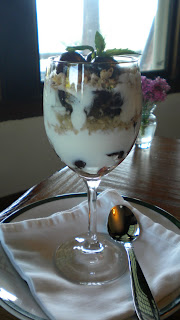 The second course featured oatmeal pancakes.
at 7:00 AM

What a quirky historic house! Your breakfast sounds amazing!

What a creative builder to include those unique things into what sounds like a fascinating place. Your breakfast sounds like it was delicious.